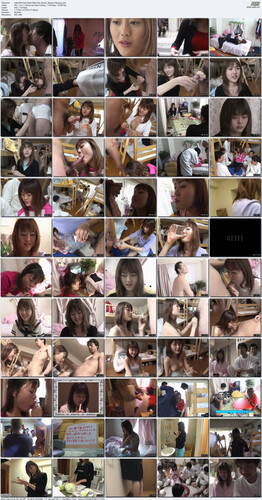 What’s the Story in Balamory? wouldn’t you like to know. This time its the the famous One Week with only semen which goes a little something like this… 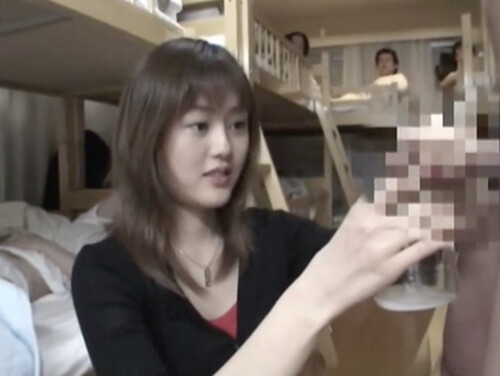 Can a girl live for a week on semen and the eggs a single hen lays. That’s right, poor Nanami Nanase must go a week without eating anything but the eggs from one chicken and the sperm of a roomfull of guys.

In the beginning, we see Nanami, a slender girl sitting at a desk at SOD, being told about the bizarre new production she’s being asked to join. It’s very reminiscent of scenes shown on a popular Japanese TV show, Denpa Shonen, which makes people do things like hitchhike from the bottom of Africa to the top of Europe or go live in a tiny room in South Korea until they learn enough Korean that they can do stand-up comedy and make Koreans laugh. The reason for this similarity is Soft on Demand founder Ganari Takahashi is one of the founders of this TV show.

The deal is this for one week, Nanami will live in an apartment with eight men. She’ll be allowed to eat only the eggs produced by a hen and the sperm she can get extract from the men in the room. She’s allowed to go out of the apartment daily with the men to bathe at a public bath, but that’s all.
Her time in the apartment begins. She is introduced to the men in the room, all average Japanese men who maybe haven’t had the most thrilling sex lives in the past. SOD president Ganari appears and thanks the men for their cooperation, and he leaves. After a last meal the project begins.

That evening, it’s time to start. One by one, the men come over and pull their underwear down, and she cheerfully jerks each one off with her hand. She puts the combined semen in a beaker then drinks it down.

Time goes on. The next day, she fellates the men to get the sperm, rather than using her hand. The men are happy to get this kind of personal attention from such a pretty girl. Each day she harvests the eggs laid by her chicken, and when there are no eggs she gets no food other than the guys’ semen (called zamen in Japanese, inexplicably). It’s not easy for poor Nanami, but she never gives up and one by one the days are marked off on the calender. Although there are tears through the worst of it, she makes it to the end, Yay, Nanami!

At the end, the men all get together and cook for Nanami, so they can say thanks for her tireless efforts to get them off for the benefit of all of us watching. She accepts a big bouquet of flowers from them and eats the food they’ve prepared for her.

A happy ending to an interesting and more than a little bizarre production.